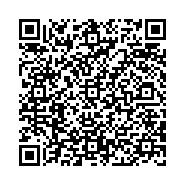 Controlled release verapamail hydrochloride matrix hollow fibers constituting Gelucire (Polyglycolised glycerides) were developed in this study in an attempt to design a dosage form that manifests desirable release profile and thorough adherence to official monographs. Matrix hollow fiber formulations were prepared by combination of Gelucire and HPMC (hydroxypropylmethylcellulose) in varying proportion with fixed percentage of verapamail hydrochloride. Hollow fibers containing only Gelucire with the active ingredient demonstrated a rapid rate of drug release with an initial burst effect. Incorporation of HPMC in the matrix hollow fibers prolonged the release of drug with subsequent minimization of burst effect as confirmed by mean dissolution time release data. Among the batches containing HPMC, a direct relationship was obtained between release rate and the different grades of HPMC used. A suitable controlled release profile was obtained with the matrix hollow fibers containing 75% Gelucire and 20% HPMC. Another approach to increase the erosion rate of the gel core of the matrix-in-cylinder system was to replace part of the HPMC by MC as the MC polymers might affect the gel strength. This shows that it was possible to achieve complete drug release at a 1:5 HPMC/MCratio, according to zero-order kinetics (R² = 0.977±0.003).The formulation showed close resemblance to commercial products and compliance with USP specification. The results were explored and explained by the difference of dimensions of the hollow fibers.