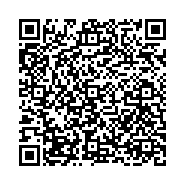 Studies on the enzyme activites and antibacterial potential ofactinomycetes isolated fromthe sediments obtained from different locations of Bay of Bengal, India has been carried out. A total of 63 isolates of actinomycetes were isolated from 20 sediment samples by using two different methods of isolation. All the isolates were tested for their ability to produce cellulase, amylase, lipase, chitinase, L-Asparaginase and protease. The results revealed that 81%, 59%, 44%, 31% and 24% of the isolates exhibitedamylase, protease, chitinase, L-Asparaginase and cellulase, activites respectively. Screening for antibacterial activity revealed that 10 isolates exhibited antibacterial activity.The marine actinomycete isolates exhibited more antimicrobial activity against gram positive bacteria than the gram negative bacteria. All the 63 actinomyceteswere characterized to the generic level based on the colony and microscopic morphology. Out of 63 isolates, 85% (n=53) isolates belong to the genus Streptomyces, 7 % (n=5) to Micromonospora,4 % (n=3) to Nocardiaand 3 % (n=2) to Streptosporangium.The study revealed the diversity of marine actinomycetes from Bay of Bengal and their potential as a source of novel bioactive compounds.