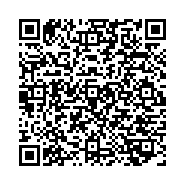 COMMUNICATION FEATURES AND EMOTIONAL STATE OF PATIENTS WITH PARKINSONâS DISEASE

Quality of life is a multi-dimensional construct, which consists of three broad domains: physical, mental and social. Parkinson‘s disease (PD) is a chronic, progressive, age related disorder, that affects middle aged and older people [1]. It is the second most common chronic neurodegenerative disease after Alzheimer’s. PD is named after the English doctor’s James Parkinson. In 1817, Dr. James Parkinson described the symptoms of Parkinson’s disease. The doctor described the patients’ posture, tremor, typical Parkinson’s gait, and speech, but did not mention rigidity [2]. In 1877, Jean-Martyn Charcot called “trembling paralysis” Parkinson’s disease and for the first time pointed out its rigidity and akinesia, described a typical facial expression and manner of speech, and made a comprehensive clinical description. PD disease is related to α-synuclein-containing Lewy bodies and loss of dopaminergic neurons in the substantia nigra [3]. This disease is characterized by various motor and neuropsychological dysfunctions. Motor and non-motor symptoms negatively impact the health related quality of life for individuals with PD. People with PD experience these problems: bradykinesia, rigidity, gait freezing, resting tremor, postural reflex impairment, depression, fatigue, cognitive decline, and sleep disturbance [4]. Early symptoms of this disease are movement related, including shaking, rigidity, slowness of movement and difficulty with walking and gait. Later symptoms of PD are cognitive and behavioural problems may arise, with dementia commonly occurring in the advanced stages of the disease. Other symptoms including sleep and emotional problems, depression, difficulties in coordination and speech, severe fatigue, problems with balance and pain will have an impact on the patient` s life [5].

Patient’s with PD is determined by motor, mental, emotional, and sensory impairments. Patients with this disease feel unwell in a public place. Increasing tremors make patients more likely to distance themselves from going public or being with others. It is important for patients to continue an active life and run a training program so that the person remains independent for as long as possible. With the treatment and nursing prescribed by the doctor, the patient can live an active physical and social life.

A quantitative study was conducted by interviewing people with PD, in 2020 years. The questionnaire was based on the PDQ-39 (Parkinson’s disease Questionaire- 39). This is a PD-related quality of life questionnaire specifically designed for patients with PD. This questionnaire is designed to assess the psychosocial status of patients, the decline in daily functional functions, and the quality of life of patients with PD. 148 respondents were interviewed, including 75 (51%) women and 73 (49%) men.

The onset of PD was 53.4 years for women and 51.3 years for men. Women often presented with tremor (67%) than men (48%) [6]. United Kingdom prevalence rates of PD for men aged 50-89 were more than 1.5 times higher than rates for women. Given that the main factor in PD is age, the number of people with PD is increasing as the population ages. The survey data confirmed that PD is a disease of old people. As the diagnostic potential of this disease improved that PD is increasingly being diagnosed in younger patients. This disease does not bypass the younger ones either they are also in their thirties. This study confirmed that the maximum age of the patients were 60 years-69 years. In this age group, 36% men and 42% women were ill PD. The respondents of 70-79 age showed that 29% men and 19% women suffer from this disease. The remaining part of the respondents, i.e. 7% men and 5% women reported over 80 years age.

The duration of the disease in patients with PD is from 2 to 38 years. Analyzing the results of the questionnaire, it can be stated that men were ill for longer than women. The men indicated that they were ill from 3 to 38 years old and women from 2 to 22 years old. The average duration of illness in men with PD was 13 years and women 10 years. The respondents were able to appreciate their health as very bad, bad, moderate, good, very good. None of the respondents rated their health condition very well, only 7% men rated good their health. Almost 40% of the survey participants assessed their health condition as bad, of which 50% men and 34% women. The majority of the respondents to the survey, i.e. 56% noted that they currently feel moderate, of which 36% men and 63% women.

Sadness is an emotional mood disorder caused by fatigue, tension and stress. The appearance of the sadness is influenced by the changed condition of the patient, when he is unable to perform various functions due to impaired health, which are usually performed by a healthy person. Patients with PL are emotionally more difficult to survive physical problems. He develops various emotional problems that interfere with the normal social activity of a person. Assessing the sadness of the respondents was observed the majority of the respondents were sometimes sad, respectively 43% men and 45% women. More than a third of the participants were rarely sad, 29% men and 30% women and never felt sad 7% men and 11% women. 21% men noted that they were often sad, while women 11%.

Figure 2: Mood changes during the day

Patients and their relatives may be in crisis when they find out about PL diagnosis. Due to the traditional approach prevailing in society, men reconciled with this disease is more difficult than women. It is very difficult to cross this psychological barrier. It is not easy for patients to admit that they are sick PL. Optimism, support of relatives, search for information about this disease and communication with patients help to overcome this period. Patients are advised to learn to live with this disease, not hide from these problems, not to get angry with it, because any negative emotions worsen the motor function of these patients. The respondents were asked whether they were hiding their illness from other people. The majority of the respondents noted that they never hide their illness from other people. This option was noted by 43% of men and 36% of women. Rarely hides their disease from other people 14% of men and 12% of women. Almost a quarter of survey participants reported sometimes hiding their illness from others, i.e. 29% of men and 22% of women. Seven per cent of men noted that they often or always hide their illness from others. The other part of the women reported always hiding their illness, i.e. 19%, while 11% of women reported often hiding their disease.

Patients with Parkinson’s disease did not communicate enough in community activities and various events. Analyzing the emotional state, it was found that patients with PD sometimes felt despondent, anxiety and depression (especially men). However, when assessing the feeling alone, men rarely experience its, and women rarely or sometimes. Assessing the sadness, both gender distributed similarly. Analyzing the angry or naughty, it has been observed that men experience this feeling sometimes and women rarely. Men sometimes and women rarely were experienced mood changes. The study showed that all people with PD were worried about their future.