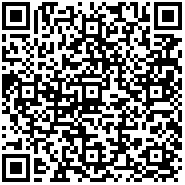 BIOGENESIS, FORMATION AND CHARACTERIZATION OF EXOSOMES

Earlier, on exosomes an extensive research has been carried out and this term was first utilized in 1970 by Rose Johnstone and her colleagues. During the work with maturing reticulocytes, they have noticed the formation of “an intracellular sac which is filled with small membrane enclosed structure of nearly uniform size”. These form intracellular vesicles and released contents outside the cell, as opposed to inside of the cell (endocytosis), where external molecules are internalized into the membrane bound structure. Thus, the intracellular formed vesicles were named as “Exosome”. Exosomes are emerged from endosomes with a smaller size ranging from 40 to 100 nm. They are secreted by all cell types and may be found in most of the body fluids, including blood, saliva, and urine. This exosome is a Nano sphere that consists of a bilayerd membrane, with several other types of lipids and proteins that derived from the parent cell.

Exosomes develop within the intraluminal vesicles of Multi Vesicular Bodies (MVBs), which are fused with the cell surface in an exocytic manner as late endosomes bud off parts of their limiting membrane into the lumen of late endosome. Here, vesicles are formed inside the lumen (ILVs) by originating this particular sort of late endosome, which accumulates many ILVs and is named as multi vesicular bodies. Initially, it had been thought that, the MVBs could fuse with lysosomes to reduce their intraluminal content. This process was important so as to get rid of transmembrane proteins, as well as excessive membranes. As a matter of fact, the degradation of transmembrane protein is relevant for the down regulation of activated cell surface receptors and the abnormalities in this process have been involved in cancer development. Soon after, it was demonstrated that in reticulocytes undergoing maturation into red blood cells, MVBs can also fuse with the plasma membrane to release their ILVs into extracellular space.

The formation of exosomes is done by the endocytic cellular pathway consisting of three different stages;

1. Firstly, the formation of endocytic vesicles from plasma membrane,

2. In the second stage, inward budding of endosomal membrane starts, which gives rise to the multi vesicular bodies,

3. In the third stage, multi vesicular bodies’ were fused with plasma membrane and releases the vesicular contents (exosomes).

The exosomes size was dependent on their site of origin as well as lipid bilayer structure in cell. Exosomes were released by cells via two mechanisms. The classic pathway involves the formation of intraluminal vesicles (ILVs) within MVEs. In order, the membrane of multi vesicular endosome fuses with the plasma membrane, resulting in the release of ILVs. When secreted, ILVs are called exosomes. On the other side, the direct pathway involves in the release of vesicles, indistinguishable from exosomes, directly from the plasma membrane.

Many other technologies have been applied for exosome characterizations that include biophysical methods, molecular methods and microfluidic methods. Exosomal size range was characterized by the biophysical methods. Optical particle tracking is one of the biophysical approaches which measures the size distribution of exosomes from 10 nm to 2 μm and also measures the concentration of exosomes. In order to measure the velocity of the particles, the exosomal movement trajectories are detected. Photon correlation spectroscopy, resistive pulse sensing, atomic force microscopy, transmission electron method, cryo-electron microscopy and field flow fractionation are some of the other biophysical characterization methods.

For characterization of exosomal surface proteins, molecular approaches are used. Certainly, the flow cytometry allows the measurement of structure and size of exosomes. Raman spectroscopy is another molecular method of exosome characterization, which is based on the illumination of analyzed samples by laser light. This technique may produce a specific spectrum of the molecules, such as peptides and nucleic acids, and thus it provides the chemical structure of the exosomes. By binding of exosomes to specific antibodies on microfluidics channels followed by the elution of bound vesicles, the microfluidic based methodologies can also be used for the characterization.

In order to facilitate the study and application of the unique extracellular vesicles, it is crucial that exosomes are specifically isolated from a wide range spectrum of cellular debris and interfering components. Various optical and non-optical techniques have been developed to gauge the size distribution, morphology, quantity, and biochemical composition, to examine the quality of isolated exosomes. With the early advances in science and technology, many other techniques are developed for the isolation of exosomes in appreciable quantity and purity.