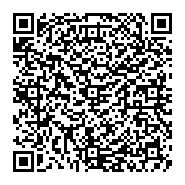 The present study aimed to investigate the effect of different viscosity grade hydroxy propyl
methyl cellulose polymers (HPMC K4M, HPMC K15M and HPMC K100M) in different
combinations in the design of amitriptyline hydrochloride transdermal film. The films were
prepared (F1 to F15) by solvent evaporation method and subjected to in vitro evaluation such as
physicochemical properties of thickness, folding endurance, % moisture loss, % moisture
absorption, drug content, in vitro drug release, release kinetic and skin permeation. The
compatibility was tested by Fourier Transform Infrared Spectroscopy (FTIR). The FTIR spectra
revealed the compatibility among the drug and the polymers. The films were found to possess
suitable physicochemical properties having uniform thickness and drug content. The film F14
(combination of HPMC K4M and HPMC K100M at a ratio of 3:4) showed significantly (P<0.5)
highest percentage of amitriptyline HCl release. Maximum release of 97.23±2.11% and a skin
permeation of 85.50±3.11% were obtained for the formulation F14 over a period of 24h. It can be
concluded that the drug release could be modulated using different combinations of HPMC
polymers. The HPMC K4M and HPMC K100M combination at a ratio of 3:4 was suitable in the
transdermal delivery of amitriptyline HCl.