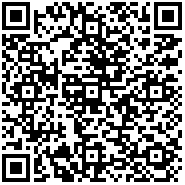 Thailams/Tailas are important group of formulations used by Siddha and Ayurvedic physicians to
treat various types of diseases. Seeraga Thailam formulation which is used for the treatment of
various types of head ache, fatique, insomnia and vomiting disorders was prepared as per the
formula given in Siddha Formulary of India, Part II, First Edition, by procuring all the drugs from
the local market. It is the favourite oil for massage as its chemical structure gives it a unique
ability to penetrate the skin easily, nourishing and detoxifying even the deepest tissue layers. The
formulation was studied and described along with physico-chemical parameters in authentication
for quality control. The purchased cumin fruit was investigated for it authentication, morphology
and microscopical characters. All the Pharmacognostical characters were found to correlate with
the cumin fruit available in the standard Text books and Journals. Seeraga Thailam was
subjected to various physic-chemical evaluations as described in Standard Pharmacopoeias
such as Ayurvedic Pharmacopeia, Indian Pharmacopoeia, Siddha Pharmacoepia etc. Seeraga
Thailam was further validated by using HPTLC Analysis. The major component of the cumin fruit
is cuminicaldehyde and hence this compound was selected as a marker compound for Seeraga
Thailam HPTLC Analysis and a finger print profile was prepared. Both prepared Seeraga Thailam
and marketed Seeraga Thailam formulations showed similar results except mild variation in the
Physico chemical parameters.