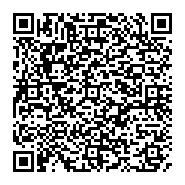 The class of analgesics, non-steroidal anti-inflammatory drugs (NSAIDs), since marketed, have always been the best-selling. According to the mechanism of action, they may act by blocking cyclooxygenase, considering the COX 1 and COX2 pathways. In this study, a survey was carried out on the use of nimesulide, one of the currently sold NSAIDs, which presents a selective inhibition of COX 2 as a mechanism of action. Considering the demographic density of the municipality of Teixeirópolis - RO, it was proposed an analysis of the nonsold use, in the form of tablets containing 100 mg, presented in forms of: similar, generic and reference, during the period from September 2017 to June 2018. The data were analyzed considering the sales inventory in pharmacies, being separated the sales with and non-prescription. Altogether, a total of 3,520 units were sold in three pharmacies in the municipality, of which 40% were sold by prescription and 60% were purchased without prescription. Regarding pharmaceutical orientation, even though they may cause adverse effects that put the health of the patient / user at risk, they were not analyzed. In this way, it can be concluded that, despite the possibility of avoiding all the annoyances of the use without medical and pharmaceutical follow-up, some studies indicate that it is possible to leave them less dangerous, provided some concepts are followed, correct doses in the time sure with the exact medications for the patient and never dispense the consultation to a health professional whether he is a doctor or a pharmacist.