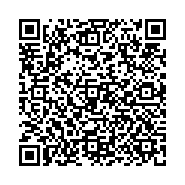 Levan is an extracellular polysaccharide composed predominantly of D-fructose residues joined by glycosidic bonds. At present, there are many polysaccharides in the market primarily of plant origin. But microbial levans are more preferred as dietary polysaccharide due to its multidimensional application as anti-lipidemic, anti-cholesterimic, anti-cancerous and as prebiotic. In this context, in present study twelve levan producing isolates were screened out from jaggery field. Iosolate SJ8 was the highest levan producer which was studied for cultural, morphological and biochemical characterization. It was identified as Bacillus subtilis (KC243314). The optimized fermentation conditions for levan production were pH 7, temperature 300 C,100rpm and 48hrs fermentation period. At these optimized conditions the maximum levan production was 30.6mg/ml. Sugar composition of the polymer was confirmed by analytical methods and TLC. Result proved the presence of fructose as the main sugar in the polymer.