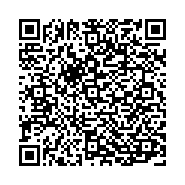 The importance of antibiotics was well established with the discovery of penicillin in the year 1928. The discovery of many such antibiotics paved way for a better and increased life span. Unfortunately the development of multiple drug resistance in microbes has led to these bio active compounds rendering useless. Thus the search for novel microorganisms producing bio active compounds has become of great importance. Extreme environments are those which were once considered unfavourable for the growth of microbes. But these environments too harbour a number of microbes producing novel bio active compounds. The Sambhar Salt Lake is India’s largest salt lake located 96km south west of the city of Jaipur. In this study some halotolerant and halophilic strains of bacteria were isolated from the water and soil samples of the Sambhar Lake. These strains can grow in Nutrient media with different salt (NaCl) concentrations. Microbial assemblages and their species distributions in specific environments are mostly determined by their specific environmental conditions, which may translate into novel chemistry. Morphological, physiological and biochemical characteristics of these strains were studied by optimizing their growth conditions such as pH, salt concentration and temperature. It was found that the six isolated samples grew best in salt concentrations of 11% and at an optimum temperature of 45°C. They were found to be Gram negative, rod shaped and motile bacteria. Upon conducting tests for bio active compound production it was found that they produced bio active compounds against certain bacteria and fungi. Further analysis is needed in future to explore the type of bioactive compounds by the isolated microbes, the knowledge of which can lead to discovery of various products that may of medicinal as well as industrial use.