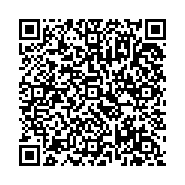 REMOVAL OF ARSENIC FROM AQUEOUS SOLUTIONS BY LAWSONIA INERMIS CARBON

Arsenic in water systems is mostly introduced from natural and anthropogenic sources. Natural sources include the erosion of arsenic-rich rocks and soils, which probably occur because of long-term geochemical changes. Arsenic removal from contaminated water is an important subject worldwide, which has recently attracted great attentions. Arsenic is a naturally occurring metalloid, which is widely distributed in nature and is regarded as the largest mass poisoning in history. In the present study, the adsorption potential of plant carbon in a batch system for the removal of As(V) from aqueous solutions was investigated. Isotherm studies were carried out to evaluate the effect of contact time (30-180 min), pH (1–6), initial arsenic concentration (10-60 μg/L), and adsorbent dose on sorption efficiency. Maximum removal efficiency of 90% was obtained at pH 6, adsorbent dosage 150g/L, initial As(V) concentration 10 μg/L, and contact time 180 at 30 °C to 60 °C, respectively. Also, the adsorption equilibriums were analyzed by the Langmuir and Freundlich isotherm models. Such equilibriums showed that the adsorption data was well fitted with the Freundlich isotherm model for Lawsonia inermis carbon at 30 °C to60 °C . According to achieved results, it was defined that Lawsonia inermis carboncan be used effectively for As(V) removal from the aqueous environment.