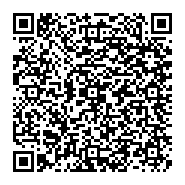 POTENTIAL ANALGESIC EFFECT OF CISSUS QUADRANGULARIS L. AND LEPEDIUM SATIVUM L. ALONG WITH THEIR COMBINATION EXTRACTS

The analgesic activity of methnolic root extract of Cissus quadrangularis l. (CQ) and seed extract of Lepedium sativum l. (LS) were studied in mice along with combination (CL) of CQ and LS at a ratio of 70:30. The analgesic effects were studied by using Tail flick and Hot plate method for tail and hand paw withdrawal time in mice. The extracts were analyzed at doses of 50,100 and 200 mg/kg i. p. The results suggest that the methnolic root extracts of CQ and LS contains some active principles, which possess analgesic activity. While the combination extract showed significantly potent tail flick withdrawal response in mice as compared to diclofenac sodium which was used as standard. Preliminary phytochemical evaluation was also carried out of these extracts. In phytochemical studies of methanol extract of CQ stem revealed the presence of triterpenes including α- amyrins, β- amyrins, β-sitosterol, ketosteroids, phenols, tannins, carotene and vitamin C in a considerable quantities.[1,2,8] While in methanol extract of seeds of LS phytochemical studies showed rich occurrence of primary metabolites such as, carbohydrate, protein, fatty acid and Vitamins: β-carotene, riboflavin, niacin and ascorbic acid, along with volatile oils, fixed oils, flavanoids, isothiocynate glycoside were detected when performed the phytochemical studies.[3,4] The analgesic activity of both the extracts and combination are found significant as compare to normal saline while the result of combination extract CL showed as potent as diclofenac sodium at dose of 50, 100 and 200 mg/kg.