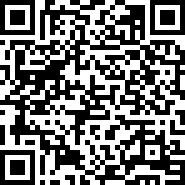 Popcorn lung is a rare disease which is growing with use of e-cigarettes. It is mainly caused by diacetyl, found in artificial flavors used in popcorn and e-cigarettes. Bronchiolitis obliterans commonly known as popcorn lungs is a serious and irreversible condition in which the tiny air sacs in the lungs become scarred and constricted, which results in no air movement or O2 - CO2 exchange in the lungs. The other symptoms of popcorn lungs are fever, cough, weight loss and night sweats. However, because the symptoms are so similar to tobacco-related chronic obstructive pulmonary disease (COPD) as well as asthma, the diagnosis may be difficult to make without a high level of suspicion. The primary treatment of popcorn lung is removal of any exposure to the diacetyl agent which is used in e-cigarettes for flavors causing more exposure to this chemical.