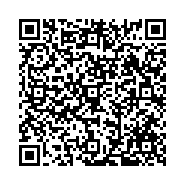 OVERALL EFFECTSOF SEVELAMER IN THE TREATMENT OF HYPERPHOSPHATEMIA: A REVIEW

The term 'Chronic Kidney Disease-Mineral And Bone Disorder' (CKD-MBD), coined in 2006, was introduced in a position statement by the Kidney Disease: Improving Global Outcomes (KDIGO) organization. Serum phosphate is an independent predictor of cardiovascular morbidity and mortality in patients with chronic kidneydisease and the general population. There is accumulating evidence that phosphate promotes arterial stiffening through structural vascular alterations such as medial calcification, which are already apparent in the early stages of chronic kidney disease.Phosphate-binder therapy for hyperphosphataemia is key to the treatment of patients with chronic kidney disease (CKD)-mineral and bone disorder (MBD).In particular, it is recommended that the use of calcium-based phosphate binders should be restricted in patients with hypercalcaemia, vascular calcification, low levels of parathyroid hormone (PTH) or adynamic bone disease; as the use of calcium carbonate can favour the progression of vascular calcifications.In the presence of adynamic bone disease, calcium load has a significantly higher impact on aortic calcifications and stiffeningThere is evidence of reduced progression of vascular calcification in patients treated withSevelamercompared with high doses of calcium-based binders. Nevertheless, a number ofexperimental and observational findings seem to suggest thatsevelamershould be preferred over calcium-based binders, in as much as these can increase cardiovascular mortality when used in high doses.Sevelamer sequesters phosphate within the gastrointestinal tract, so prevents its absorption and enhances its faecal excretion. This review summarises an overall effect of sevelamer in hyperphosphatemic therapy.