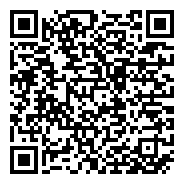 Bilayer tablet is new era for the successful development of controlled release formulation along with various features to provide a way of successful drug delivery system. Bilayer tablet is better than the traditionally used mouthwash, sprays, gels. So use of bilayer tablet is a very different aspect for anti-inflammatory and analgesic. Bi-layer tablet is suitable for sequential release of two drugs in combination, separate two incompatible substances and also for sustained release tablet in which one Layer is immediate release asinitial dose and second layer is maintenance dose. Bilayer tablet is improved beneficial technology to overcome the shortcoming of the single layered tablet. There is various application of the bilayer tablet it consist of monolithic partially coated or multilayered matrices. In the case of bilayered tablets drug release can be rendered almost unidirectional if the drug can be incorporated in the upper non adhesive layer its delivery occurs into the whole oral cavity.