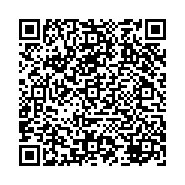 Background: Despite the demonstrated equivalency, rapid delivery, and lesser use of personnel resources with the MDI/spacer combination, nebulized salbutamol remains the standard therapy for patients with acute asthma .23Patients’ perception of the nebulizer being more effective, the lack of coordination between MDI actuation and inhalation when using an MDI/spacer during acute asthma, especially for first time users, and the notion that delivery with non-disposable commercial spacers is more expensive, has limited the use of spacers in the ED.24

Conclusion: It is concluded that MDI-spacer is as effective as a nebulizer for the aerosolized administration of salbutamol in an acute exacerbation of asthma in children. However, for developing countries, distinct advantages (economic and power requirement) argue strongly for utilization of MDI-spacer in preference to nebulizer.