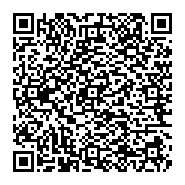 Bacterial blight of Chrysanthemum was observed during 2015 at the flowering stages of crop in Mandya district of Karnataka state (India). Bacterial blight symptoms includes, dark brown spots and blotches on leaves extending beyond plant leaves with water-soaked lesions on stems, darkening and death of buds and stem terminals. Affected plants showed brown to black decay at the base. The leaf spots measured 1-2mm in diameter, and as the number of spots progressed the leaves were completely dried up. The disease incidence (72.8%) and severity (71.39%) were very high in Banangadi region of Mandya district compared to other surveyed regions. The pathogen responsible for the disease was isolated and identified as Pseudomonas putida based biochemical and molecular methods. Pathogenecity was proved by Koch’s postulates. Three different bactericides were evaluated in vitro against Pseudomonas putida. Among the three, Bactinash at 0.1% was most effective in inhibiting the bacterial growth followed by Anucin at 0.2%, Cristocyclene at 0.5% respectively. Field experiments also revealed that, Anucin at 0.2% was most effective in reducing the bacterial blight incidence with least disease severity of 7.19% and per cent disease index (4.88%). The control plants showed maximum disease severity. Bio-agents such as Hypocrea rufa (Trichoderma viride) and Pseudomonas fluorescens were also found effective in inhibiting the bacterial pathogen both in vitro and in vivo. To the best of our knowledge, this is the first report of the occurrence of bacterial blight disease of Chrysanthemum caused by Pseudomonas putida in Karnataka, India.