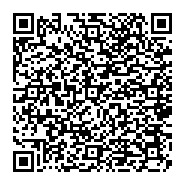 The main aim and objective of the study is to isolate of cephalopod ink , characterization of microorganisms from the cephalopod ink and screening of anti-microbial activity by agar well diffusion method to generation of microbe free ink. The Cephalopoda was collected from Visakhapatnam port and identified based on standard literature of the FAO Fish. Synop., (125)Vol. 3:87p.and species identified as Loligoduvauceli which is also known as Indian squid. The ink sac dissected to collect ink from the ink gland. For isolation of Loligoduvauceli ink, HiCrome Universal Differential Medium used. Squid ink inoculated on HiCrome Universal Differential Medium Streaked plate was incubated at 37°C for 24 hours in aerobic condition and examined the colonies grown in the plate, further incubation microbes are identified through Gram stain and characterized biochemically, confirmed as Proteus species, Klebsiella species, Enterococcus species, and Pseudomonas species.The antimicrobial activity of the Loligoduvauceli crude ink was evaluated against four bacterial species such as Proteus species, Klebsiella species, Enterococcus species, and Pseudomonas species the maximum zone of inhibition for bacterial strains were observed against Enterococcus species (14mm) and minimum against Proteus species (10mm).Result of this study concluded that the crude ink of the Loligoduvauceli contain Klebsiella species, Enterococcus species, and Pseudomonas species hence it cannot use as therapeutics and NaCl has a ability to inhibit the growth of microbes present in the cephalopod ink and can be used as an alternative method to produce microbe-free Loligoduvauceli ink.