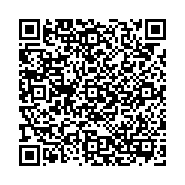 Costus lucanuscianus, a medicinal plant locally called ‘monkey sugar cane’ in the Niger Delta region of Nigeria, is used in folk medicine for the treatment of diarrhoea, dysmenorrhea, headache and rheumatism. The paucity of information on the safety of Costus lucanuscianus uses in pregnancy prompted this study using methanolic leaf extract of this plant. Twenty successfully mated female rats were divided into four groups. Group A (Control) received 0.5ml/kg of 20% Tween 80 (vehicle), Group B (100 mg/kg of extract),Group C (200 mg/kg of extract), Group D (300 mg/kg of extract) by oral gavage from gestational day (GD) 6-19. On GD 20, laparotomy was performed. The foetal weights, foetal crown-rump length (FCRL), number of implants, resorptions, dead and live foetuses were recorded. The foetuses were examined for external and visceral malformations. C. lucanuscianus leaf extract did not cause abortion in the pregnant rats neither was any external nor visceral anomaly observed in the foetuses. The extract caused a significant decrease (p<0.05) in the percentage of live borne foetuses and significant increase (p<0.05) in the percentage of post-implantation deaths in rats of group D relative to Group A. Groups C and D showed a significant decrease (p<0.05) in FCRL relative to group A. From the study, it was concluded that methanolic leaf extract of C. lucanuscianus did not cause any obvious abortion in all the treated pregnant rats, rather it caused a dose dependent increase in the percentage of post-implantation deaths and decreased FCRL across the treated groups