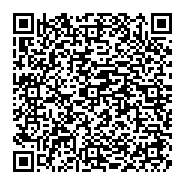 Marine seaweed that is washed up on the coastline is a nuisance as its degradation produces a foul a smell and generates waste problems. Exploitation of coastline polluting seaweeds such as Sargassum sp., Ulva sp., and other beach cast seaweed species for various commercial applications will generate new valuable products that may help lessen coastal pollution by seaweeds and create new seaweed based resources. Thus, utilization of these natural resources is of great importance. The objectives of this study were to develop a technology to extract bioactive compounds from brown seaweeds, and investigate their bioactivity. The extraction of fucose containing sulfated polysaccharides (FCSPs) and/or crude fucoidan from Sargassum wightii was performed, and the bioactivity of the isolated FCSPs was investigated. Fucoidan is a term used to describe a class of sulfated polysaccharides extracted from brown seaweed, which contains substantial amounts of fucose; varying amounts of galactose, xylose, and glucuronic acid; and differing glycosidic linkages, and are variously substituted with sulfate and acetyl groups and side branches containing fucose or other glycosyl units. Thus, seaweed can be a potential source of biomass and bioactive compound notably FCSPs. This study proved the hypotheses that different extraction conditions have crucial influenced to the chemical nature of FCSPs. The study also demonstrated that unfractionated FCSPs are able to exert bioactive actions such as anticancer and immune modulating properties in invitro studies performed using HCT 116 (Human Colon Tumor cell line).