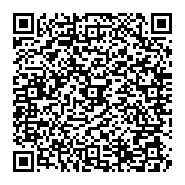 The objective of the present work was to design and develop Membrane-matrix hybrid sustained release pellets of Levetiracetamfor the treatment of epilepsy. Levetiracetam is an anti Epileptic drug used in treatment of Seizures in adults and pediatric patients. Levetiracetam has short biological half life (7±1hr), so to prolong the biological half of the drug by finding a capable dosage form to release the drug gradually in sustained manner and to minimize the side effects.This research was carried out for development of drug loaded oral Sustained-release pellets by membrane –matrix hybrid technology of water soluble drug Levetiracetam (LEV), using blend of Carbopol®974Pand Octadecanol as drug release-modifying agents, Micro crystalline cellulose (MCC) (Avicel pH 101) as principal spheronization agent, and Sodium carbonate used to control pH (carbonate solutions neutralize acids,producing only carbon dioxide and water)., HPMC and Calcium chloride were used as blenders, HPMC, Methacrylic acid copolymers (Eudragit®L30D-55, Eudragit®NE30D), Ethyl cellulose and Chitosan were used as coating polymers. Methods:LEV formulations were developed by the pelletization technique, and drug loaded pellets are characterized with regard to the drug content, size distribution, Scanning Electron Microscopy (SEM), Differential Scanning Calorimetry, and Fourier Transform InfraredSpectroscopy (FTIR). Stability studies were carried out for the optimized formulation for a period of 60 days at 40 ± 2 °C and 75 ± 5% relative humidity. Results and major conclusion: The drug content was in the range of 93.34-98.12 %. The mean particle size of the drug loaded pellets was in the range 1024 to 1087μm. SEM photographs and calculated sphericity factor confirmed that the prepared formulations were spherical in nature. The compatibility between drug and polymers in the drug loaded pellets was confirmed by FTIR studies. Stability studies indicated that pellets are stable. Drug release was sustained for more than 10 hrs and mechanism of the drug release followed by Fickian diffusion. It may be concluded that F8 is an ideal formulation for once a day administration