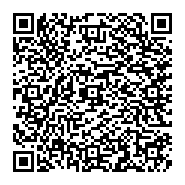 Paracetamol is a slightly water soluble drug belongs to BCS Class IV, used in various pain managements & in management of fever. The drug solubility was increased by solid dispersion method, in which two techniques namely physical mixing and co-grinding were tried at the ratios of 1:0.25, 1:0.5 & 1:0.75 for paracetamol to banana powder, a natural disintegrant. All the formulations were prepared using direct compression method, which is a conventional method of preparation. Various parameters like pre-& post compressional parameters were tested and final formula was selected based on In-vitro dispersion time and In-vitro dissolution profile. Where, all the formulations were dispersed < 40 seconds and F6 formulation was showing 100% release at 25th minute and faster compared to the marketed formulation. F6 was prepared by co-grinding technique, at 1:0.75 paracetamol to banana powder ratio. F6 is showing zero-order release and mechanism of release is Super case – II transport (n = 0.9832).