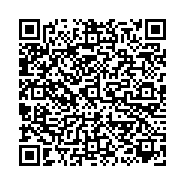 FORMULATION AND EVALUATION OF EXTENDED RELEASE TABLETS OF METFORMIN HYDROCHLORIDE

The present study was aimed to develop Metformin Hydrochloride Extended release tablets for the treatment of non-insulin-dependent diabetes mellitus (NIDDM), particularly those with refractory obesity. Metformin Hcl extended release tablets reduces the dosage frequency, enhance patient compliance and maintain the therapeutic effect of the drug throughout the day. A total of 9 formulations were developed using varying proportions of Hydroxy propyl methyl cellulose K15M, Hydroxy propyl methyl cellulose K100M and Sodium carboxy methyl cellulose as release retardant polymers by wet granulation method. FT-IR studies revealed that there was no interaction between drug and polymer. Before compression, the granules were evaluated for precompression parameters such as bulk density, tapped density, angle of repose, compressibility index and Hausner’s ratio. After compression, evaluation tests of tablets such as general appearance, hardness, thickness, weight variation, friability, content uniformity, in vitrorelease studies and stability studies were performed. Out of 9 formulations, the drug release was found to be within the limit as per USP in formulation F9. The stability study of formulation F9 revealed there was no significant change in physical and chemical properties of drug stored at 40±20C/75±5% RH for 3 months. Hence it can be concluded that formulation F9containing HPMC K100M at a concentration of 24% and SCMC (H) at a concentration of 3.13% is suitable for development of extended release tablets of Metformin Hydrochloride.