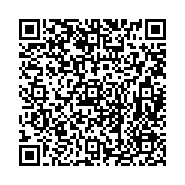 Sustained release drug delivery systems proved to be consistent for delivering doses of drugs to treat acute diseases or chronic illness. The present study relates to the formulation and evaluation of carbamazepine sustained release oral matrix tablets forthe treatment of trigeminal neuralgia. Ten formulations (f1-f10) of Carbamazepinewere preparedwith various types of polymers (HPMC, Eudragit RSPO) in varying ratios to formulate the sustained release matrix tablets. Avicel 102 was used as a diluent in the preparation of the tablets. Magnesium stearate (1% w/w) was added in the formulation as a lubricant. The tablet weight was adjusted so as to contain 200 mg of drug in each tablet. Standard curve of Carbamazepine was prepared at λmax 285.4 nm and the regression value was found to be 0.999. The tablets of various formulations of Carbamazepine were prepared and the tablet hardness was found to be in range of 6.5 to 7.3 Kp.The average weight of the prepared tablets of various formulations was found to be within the USP limit i.e. ± 5%. The average percentage (%) drug content was also found within the USP limit and shows the effectiveness of the mixing procedure.From the in vitro studies, it was observed that with increasing the concentration of Eudragit RSPO,the rate and extent of drug release from the tablet decreases.From in vitro studies, it was also observed that with increasing the concentration of HPMC E50LV the rate and extent of drug release form the tablets not much more effect. B8 the best formulations as the extent of drug release was found to be around 101.10 % at the desired time 24 hrs. This batch invitrodissolution profile readings also matched with the USP results. The ‘n’ value for B8 was found to be 0.735 which is indicates that the release approximates non-fickian diffusion mechanism.