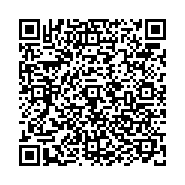 FORMULARION AND EVALUATION OF ORODISPERSIBLE TABLETS OF RIZATRIPTAN BENZOATE

The present investigation was carried out to develop Orodispersible tablet dosage form of
class III drug, Rizatriptan Benzoate. The Tablets were prepared by using different excipients.
Drug–Excipient compatibility study of Rizatriptan Benzoate with different categories of
excipients was carried out and the result shows impurity level with some drug and excipient
combination increases and also slight changes in appearance, all were compatible with
Rizatriptan benzoate. The pH dependent solubility study carried out and shows solubility of
Rizatriptan Benzoate was more in pH 4.5, i.e. 89.68 mg/ml Therefore, water was used as
dissolution medium. The flow properties of pure drug shows poor flow. So, it was decided to
overcome this problem API mix well with diluent which was done by Direct compression
technique using Aerosil as glident to import good flow as well as compressibility. In the initial
trials drug content uniformity found outside limit but, after that each trials drug contents
ranging from 98% - 101.2% which is within the range of 92.5 – 105% for Rizatriptan. It
indicates uniform distribution of drug in the tablets of each formulation. The Rizatriptan
Benzoate Orodispersible Tablets were subjected to in vitro drug release studies in water for
30 min. The drug release studies carried out all trials dissolution profile of 3 trials i.e. Trail -
02, Trial - 05, Trial - 13 matches with innovator in water medium. Only Trial – 13 matches
with three media with innovator. trial – 13 shows F2 – value 87.60 in water medium and
when it subjected to pH 4.5 acetate buffer and D.M. Water media it shows F2 – values 89.68
respectively. This value indications trial – 13 shows good release profile in all media. So it
was chosen as final formulation. Exposure studies were carried out of selected trial and
result shows similar behavior between our trial and innovator in different conditions. The
stability studies of final trial was done for 3 months by packing in HDPE container. All
parameters of formulation including physical parameters, impurity profile, content uniformity
or dissolution profile were within specification limit. So it indicates optimized formulation were
stable. Worst case study for final formulation was performing to optimize the critical stages
during the formulation process. In this case dry mixing, lubrication of compression force were
considered as critical stages which may cause problem if the set parameters vary so. By
considering that thing out final formulation be optimized by varying different parameters in
there critical stages. Dry mixing challenge did by using 3 big batches of change in different
mixing time i.e. 10min, 20 min and 30 min in 5.0 liter Blender at 25°C/55% RH condition. It is
found in al three conditions after taking samples from different location in blender that at 10
min mixing was not very satisfactory that which required 20 min and 30 min mixing time
shows satisfactory content uniformity of drug so, our dry mixing time was 30min. In
compression force challenge study at three different compression forces was done. The
dissolution profiles for all three conditions were found to be satisfactory.