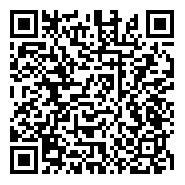 Food contamination is the spoilage of food with contaminants such as microbes, toxins, heavy metals, environmental contaminants etc and Food Microbiology is the study of microorganisms that are present in foods and leads to contamination of food. This includes the study of microorganisms causing food spoilage; as well as pathogens that may cause disease due to improper cooking or storage of food. These microbes are also used to produce fermented foods like cheese, yogurt, bread, beer, wine and are even used in probiotics. The primary focus of food microbiology is food safety. There are many microbes like bacteria, viruses etc which gets transmitted through foods. Food safety is the discipline that deals with the food preparation, handling, processing, storage, distribution and its transportation in such a way that it does not gets contaminated during any of these processes. The major role of food safety is the prevention of any food borne illness and diseases. When food safety is neglected or care with food is not taken food borne disease outbreaks can occur. Outbreak is defined as a situation in which more than two cases occur from a common source and have same impacts on health. The consumption of contaminated food can result in hazards (physical, chemical, biological and allergenic) and hence its prevention and control is necessary. The process of food safety must be followed from the initial stage to its end stage which means from its origin to its consumer. Food safety is also associated the quality of water used for its irrigation, preparation and storage. This review paper discusses about the food contamination through different stages (pre harvest, harvest and post harvest), the diseases and illnesses caused by food contamination along with its prevention.