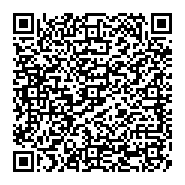 ETHNOBOTANY AND ETHNOPHARMACOLOGY OF ARUM MACULATUM L. (ARACEAE) IN BULGARIA WITH AN EMPHASIS ON ITS EFFECT AGAINST HAEMORRHOIDS

The objective of the present study was the contemporary folk medicine application of snakehead, Arum maculatum L. (Araceae) with an emphasis on its effect against haemorrhoids. Therefore we set ourselves the following tasks: 1) to collect the contemporary traditional knowledge about the therapeutic effects of snakehead; 2) to collect anecdotal reports from persons who are known to have used the snakehead for treating haemorrhoids; 3) to analyze the data obtained about the effectiveness of this herb against haemorrhoids and other medicinal conditions in order to determine the mechanism of its activity; 4) to investigate how popular snakehead is nowadays in Bulgaria as a medicinal plant. All randomly selected informants basically recognized the plant but only 16% knew about its medicinal properties. With regard to the medicinal application, its properties as a cure for haemorrhoids was most frequently cited. Less frequently mentioned was the use of A. maculatum for chronic traumatic pain, purulent infections, and for “melting of adipose formations”. Informants who had used snakeshead for haemorrhoids categorically reported improvement of the condition. The analysis of the therapeutic effect of A. maculatum tuber both directly in the treatment of various haemorrhoids and indirectly in cases of chronic traumatic pain and purulent infections allows us to hypothesise that the plant substance: 1) contracts the blood vessel walls; 2) has an anti-inflammatory effect and 3) has a painkiller effect. The knowledge about these empirically established activities will be used to design in vitro pharmacological tests to better study the therapeutic effect in the treatment of haemorrhoids. Even though the definitive treatment of haemorrhoids is basically considered surgery it has sometimes side effects that make the possible application of the herb preferable.