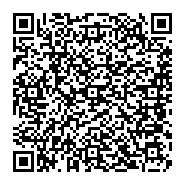 In the present study efforts were made to prepare transdermal gels of Diltiazem Hydrochloride using polymers like HPMC, NaCMC, M.C ,Carbopol, PEG6000 and PVP. The gel formulations can be graded in the following order with respect to the rates of release of drug from them: (HPMC) < (MC) < (Carbopol) <(NaCMC) < (NaCMC +PVP)< (NaCMC+ PEG 6000). Olive oil in the concentrations range from 1% -2.5% were incorporated into gels with a view to improve permeability of drug.The correlation coefficient values (r)revealed that the diffusion profiles follows zero order kinetics and the mechanism of drug release was governed by peppas model. The diffusion exponent of release profiles (slope) has a value of (n>1), which indicates case II transport diffusion.Formulation -GP1(NaCMC +PEG 6000+Olive oil 2.5% ) shown required release rate in comparison with other formulations and was selected as suitable candidate to be delivered through transdermal route at controlled rate.