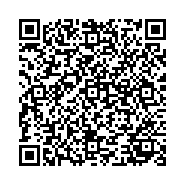 Background: Modern life is full of hassles, deadlines, frustrations, and demands. For many
people, stress is so common place that it has become a way of life. Long-term exposure to
stress can lead to serious health problems. Objective: To evaluate the effect of daily
exposure to stress on the lung, histology in male mice, and in relation with the duration of
exposure to stress. Also to establish whether vitamin B-complex (B1, B6, B12) can reduce
the bad effect of stress. Methodology: To achieve the aims of this study an
interventionalnon randomized opened experimental study was conducted between the
period of the 10th January 2013 and the 10th January 2014. Fifty healthy sexually matured
male Albino mice aged between 6-8 weeks weighing 24-35gm were obtained from the
animal house section of Mosul Medical College were included in this study. Epinephrine was
used to prepare stress model. It was administered intraperitoneally (IP) daily to mice
(200ng/kg body weight (BW)). The studied mice were divided into 5 groups, with 10 mice in
each group as follows: Group G1 was the control group and received (normal saline (IP) for
12 weeks). Group G2 (epinephrine (IP) for 3 weeks). Group G3 (epinephrine (IP) for 12
weeks). Group G4 (epinephrine for 3 weeks plus B-complex 20mg/kg BW intramuscularly
(IM) every 3 days for 3 weeks). Group G5 (B-complex (IM) as 20 mg/kg BW every 3 days
for 3 weeks). The histological slides of lung were stained with Haematoxyline and Eosin.In
addition to some histochemical stains that have been used (Periodic Acid Schiff’s (PAS),
Best's Carmine, Gomori's Alkaline phosphatase (ALP), and Orcein van Gieson (OVG). Slides
were examined under light microscope. Results: The resultsof this study demonstrated that
receiving a stress dose of epinephrine causing a significant higher mean lung weightsofthe
studied mice of group G2 and G3of the studied mice in comparison with those of the other
studied groups, but a non significant differences between those of the two groups. The
histological study of the lung sections of group G2 revealed that the bronchioles were
congested and infiltrated with chronic inflammatory cells with thickening of interalveolar
septum. These changes were more pronounced in the lung sections of group G3 with
collapse of many alveoli were noticed. The lung tissue of the studied mice of group G4
revealed a considerable degree of preservation of both lung tissue and alveoli except small
focal areas of chronic inflammatory cells infiltrate were noticed. The histochemical OVG stain
revealed that lung sections of the studied mice of group G2 showed more collagen formation
around the bronchioles but this was more extensive in those of group G3 mice. Conclusion:
This experimental study in mice concluded that stress can lead to lung damage, and the
severity of damage depends on the duration of exposure to stress. Vitamins B- complex (B1,
B6, and B12) canact as a protecting factor as they reduce the damaging effect of stress on
this organ.