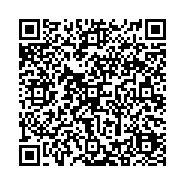 EFFECT OF MUSIC ON GROWTH AND PIGMENT PRODUCTION OF BREVIBACTERIUM SP

Human beings experience and feel the music for joy and happiness. Even animals also feel the sound. Recently, the concept of musical vibrations of various ragas of Indian Hindustani and Carnatic music have been evaluated for its impact on the growth of the microorganisms and its metabolite production. In this context, the present study was framed out to screen the effect of tollywood music (Top lesi poddi from the film Iddarammayilatho, with a sound frequency of 600- 1000 Hz, and Priyathama Neevachata Kushalama from the film Guna with a sound frequency ranging from 100- 600 Hz) ranging from 60-90 decibels on marine Brevibacterium sp. that produce yellow pigment. The present study showed that the sound frequency ranging from 600-1000Hz has significant effect on growth and pigment production of Brevibacterium sp. The biomass was found to be increased three times and pigment produced greater when compared to untreated sample.