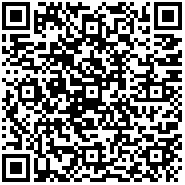 There has been various research activities directed towards evaluating the effect of different carbon and nitrogen sources as well as presence of various divalent metal ions in the media on the yield of enzymes. Each organism or strain has its own special conditions for maximum enzyme production.The aim of the present study was to evaluate the effect of nutritional media components on reductase activity of Saccharomyces cerevisiaeafter cultivating the organism in various media composition. Several carbon sources were investigated for their capacity to support enzyme production. Among the different carbohydrates tried, glucose yielded maximum enzyme productivity. Different nitrogen sources like yeast extract, peptone, tryptone, beef extract and malt extract were considered for the study. The results indicated that the peptone as a source of nitrogen had maximum effect on enzyme expression. While investigating the effect of several metal ions on enzyme production, it was observed that the enzyme expression was maximum when copper was added to themedia. During the course of study on the effect of initial pH of the growth media and temperature, pH of 7.0 and temperature of 30 ?C was found to have significant effect on enzyme production.