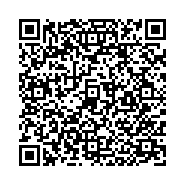 The species composition population and diversity of protozoa in littoral zone of Venna Lake of Mahabaleshwar, Dist. Satara, Maharashtra, during January 2016 to December 2016 is studied. On annual mean basis the total number of protozoan species estimated was to be 78. It seems that if the species variety at given time is considered the ciliates count approximate 84 %, flagellates about 7% and rhizopods are 9% of total protozoan population. By species composition Flagellates comprised 19.23 %, rhizopods were 37.17 % and ciliates were 43.58 %. Throughout the year ciliates dominated the total number and in number of varieties. The average density of total protozoa found minimal in February and peak in December. The maximum concentration of protozoa was found at a site influenced by organic waste.