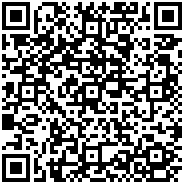 DETERMINATION OF FLUORIDE STATUS IN GROUND WATER OF RAJASTHAN

In recent years, great concern has been universally voiced regarding environmental pollution arising as a side effect of industrial and other human activities. In our own country, with the advent of industries, more and more toxic substances are either used as raw material or emitted during manufacturing processes in the form of dusts, fumes, vapours and gases. These pollutants ultimately dissipate in the working environment and pose occupational health hazards. In order to strike a balance between such an environment and general health of human population and live stock of any region, the level of fluoride concentration in potable water, food, soil and atmosphere needs to be an appropriate level. Fluorosis, though a common endemic problem of our country is more widespread and acute in Rajasthan. Over exploitation of groundwater in the last 20 years, is the chief reason for the spread of a dreadful disease. The conventional belief that fluoride affects only bone and tooth has been negated as the evidences on the involvement of soft tissues of the body are convincing. By employing SPANDS (Zr –alizarin red-s visual dye lake) method, fluoride ion concentration in water samples of various places in Rajasthan, were determined spectrophotometrically at 570nm. Since much of our food is ultimately derived from plants often grown in contaminated areas, fluoridein soil is an important source of intake. Anti-oxidants possessing antagonistic effect play prophylactic role in preventing fluorosis. A malady-remedy analysis of the problem of fluorosis has to be holistic in character as the disease not only affects human beings but also plants and animals. Based on such study, an integrated approach has to be evolved to draw up a strategy for the control of this disease. In this manuscript clinical manifestations of various degrees of fluorosis and strategies concerningto mitigation of fluoride content in water, have been delineated.