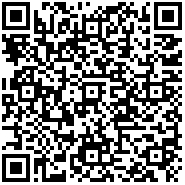 Urinary tract infections(UTIs) are a serious health problem affecting millions of people eachyear.Infections of the urinary tract are the second most common type of infection in the body. Urinary tract infections (UTIs) account for about 8.3 million doctor visits each year.One woman in five develops a UTI during her lifetime. Natural remedieshave been used for centuries to alleviate pain and discomfort as well as address the underlying symptoms. Natural remedies for urinary tract infections are safe and cause no side effects. They alsosupport one’s physical, mental, and emotional health, rather than simply treating UTI symptoms.A number of antibiotics can be prescribed to treat urinary tract infections. However, certain antibiotics may not be safe for these pregnant,planto become pregnant rarebreastfeedingwomen.Like all medications, antibiotics have side effects. Thesemedications can produce reactions and even serious medical complications in some women. In addition, adverse reactions to antibiotics may be more serious in women with weakened immune systems, including women with diabetes. Possible side effects of antibiotics include allergic reactions, fever, nausea and bloating. Vaginal yeast infections are another common side effect of antibiotic use in women. Antibiotics kill bacteria, including bacteria that control the amount of other normal body organisms, such as yeast. So the reduction in bacteria can result in an overgrowth of yeast. Taking certain antibiotics during pregnancy may be a risky proposition since women who take them may deliver babies with increased risk of birth defects.The present Article reviewsthe role of cystocran in Preventing Urinary tract infections.