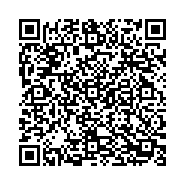 The aim of this review is to summarize the wide range of applications of cyclodextrins (CDs) and
their derivatives in different areas of drug delivery and pharmaceutical industry due to their
complexation ability and other versatile characteristics. Cyclodextrins were first described by
Villiers in 1891. He described Cyclodextrin as enzyme conversion product of starch. Schardinger
laid the foundation of the cyclodextrin chemistry in 1903–1911. In the 1930s, Freudenberg
suggested that larger cyclodextrins could exist. Freudenberg and co-workers showed that
cyclodextrins were cyclic oligosaccharides formed by glucose units. Cramer and co-workers
described their ability to form inclusion complexes. By the early 1950s the basic physicochemical
characteristics of cyclodextrins had been discovered, including their ability to solubilize and
stabilize drugs. The first cyclodextrin-related patent was issued in 1953 to Freudenberg, Cramer
and Plieninger. Cyclodextrin also effects on drug solubility and dissolution, bioavailability, safety,
stability, and drug release from formulation by forming the Cyclodextrin-drug complex. Various
factors are responsible for complex formation. The article highlights important CDs applications in
the design of various novel delivery systems like liposomes, microspheres, microcapsules, and
nanoparticles. New cyclodextrin-based technologies are constantly being developed and, thus,
100 years after their discovery cyclodextrins are still regarded as novel excipients of unexplored
potential.