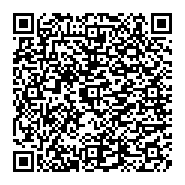 LONAR Lake, an impact crater, highly saline, is located in the Buldhana district of Maharashtra State, India, with a considerable amount of sodium carbonate and chloride.The present study is deals with the production and optimization of wash performance analysis of Alkaline Protease from Bacillus pseudofirmusisolated and identified by 16s rRNA ribotyping from theAlkaline Lonar Lake. The Bacillus pseudofirmusproduced protease at maximum rate after 72 h of incubation at 370C with agitation speed of 120 rpm and 5% of starter culture. It was found that proteases from Bacillus pseudofirmus showed highercompatibilitywith Nirma, Surf excel, Sargam plus and Active wheel and remain lower in Tide, Ariel and Rin at zero time. But after Enzyme solutions were incubated with the deactivated detergents in a final concentration of 7mg/ml and incubated at 500C for 30 minutes, it was found that Bacillus pseudofirmus proteases increasedcompatibility with Nirma, Rin and Ariel but remain constant in surf excel and Tide. It also decrease in Sargam plus and active wheel after incubation. It was found that among the different conditions of washing tested, the mixture of alkaline protease produced by Bacillus pseudofirmusexhibited better action by showing faintness of the chocolate spots, sauce spots and turmeric powder on the cloth. The isolates of bacilli Bacillus pseudofirmusshowed efficient removal of dirt / faintness from cloth by all the three proteases.