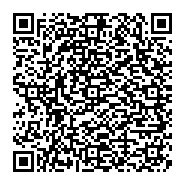 AIM; To determine salivary protein carbonyl (PC )levels among smokers and smokeless tobacco (ST) chewers with chronic periodontitis(CP). MATERIAL AND METHODS; A total number of 120 subjects were selected based on their clinical parameters into FOUR GROUPS: Group 1 (30 healthy subjects), Group 2 (30 CP subjects), and Group 3 (30 CP SMOKERS) Goup 4 (30 CP Smokeless Tobacco chewers). Saliva samples were collected. PC levels were estimated according to method described by Levine et al. RESULTS : The PC concentration in saliva was highest in subjects with CPS as compared to other three groups, where as the PC concentartion was also found to be higher in saliva of CPST as compared with healthy and CP groups but marginally lesser than CPS, and a positive association was observed between saliva PC levels and all periodontal parameters. CONCLUSIONS ; There was an increase in PC levels in saliva as the disease process progressed from healthy,and CP, modified by risk factors like smoking and smokeless tobacco chewing suggesting a role for increased oxidative stress in CP along with the deleterious effects of smoking and smokeless tobacco chewing on periodontium.