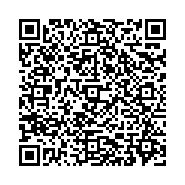 Poplar has been recognized as a model species in tree research due to its short life span and ease of propagation and hybridization. Genetic diversity was studied in nine poplar samples collected from three sates of Northern India. A total of 55 bands were amplified in nine poplar samples using 9 RAPD primers. Out of these 30 bands were polymorphic and 25 were monomorphic. Maximum numbers of bands were generated from the primer OPH-20 giving 10 bands out of which 4 were polymorphic. Highest level of polymorphism was obtained with the primer OPH-03 (75%) followed by primer OPH-15 showing polymorphism of 55.5%. The genetic dissimilarity index calculated varied from 0.16 to 0.64 for 9 Poplar samples. The generated dendrogram based on the dissimilarity matrix using the neighbor-joining approach showed three distinct clusters.