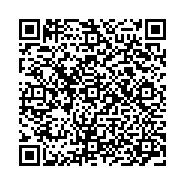 Alkaline Lonar Lake in India having a unique ecosystem, formed by meteorite impact on basaltic rock, situated in Buldhana District of Maharashtra State, India. The hexavalent form of chromium is the most toxic and carcinogenic and produces health hazardous effect. Hence attempt was made to isolate chromium remediating microorganisms from halophilic environment such as Lonar Lake. In these studies, water and sediment samples were collected from alkaline Lonar Lake and inoculated in Nutrient broth containing K2Cr2O7(100μg/mL). Isolate was characterised by cultural, morphological, biochemically and 16S rRNA gene sequencing identified the organism as Proteusmirabilis. The chromium remediation ability of the Proteus mirabiliswas estimated by the Spectrophotometric method of Di-phenyl carbazide. Proteus mirabilis oxidized 68% of chromium after 96 hrs of incubation respectively. Results of this study showed that, the Proteus mirabilis found to be highly efficient chromium utilizer and could use for bioremediation on polluted sites.