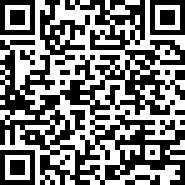 Bilayer tablet is a new era for the successful development of controlled release formulation along with various features to provide a way of the successful drug delivery system. Bilayer tablets can be a primary option to avoid chemical incompatibilities between API by physical separation, and to enable the development of different drug release profiles like the immediate release with extended release. Bilayer tablet is a very different aspect of anti-inflammatory and analgesic. Bi-layer tablet is suitable for sequential release of two drugs in combination and also for sustained release tablet in which one layer is immediate release as initial dose and second layer is maintenance dose. Bilayer tablet is improved beneficial technology to overcome the short coming of the single layered tablet. There are various applications of the player tablet, it consists of monolithic partially coated or multilayered matrices.