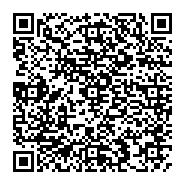 Aim of the study is to stabilize oral formulation of Atorvastatin calcium tablet. amorphous form of
atorvastatin calcium is used for this study because crystalline form is used by innovator which is
patent protected upto year 2017. Stabilization is required because Atorvastatin calcium is
susceptible to degradation in presence of acidic environment, moisture, heat and light and to
evaluate different process parameters. As it has long half life (14 hours), it is not suitable
candidate for controlled release formulation. Tablet dosage form is preferable because other than
tablet dosage form not having good shelf life in case of Atorvastatin due to its degradation, which
imparts the impurity in formulation. Preformulation study and drug excipient compatibility study
was done initially and the results obtained directed the way to method of formulation. Atorvastatin
calcium (Amorphous) is highly susceptible to heat and it has very poor flow property so dry
granulation and direct compression method was avoided. Factorial design was used for the
understanding of possible interaction amongst the excipients as sodium carbonate, polysorbate
80 and croscarmellose sodium. Results shown that there is no significant interaction between
these factors. In vitro dissolutions were performed and F1 and F2 values were calculated.
Dissolution profile of final trial batch was matched perfectly with innovator and F2 value was
found to be excellent. Also the impurity profile and stability result of final trial batch was found to
be excellent.