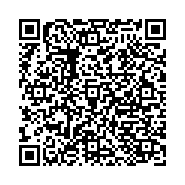 Benzoxazole and its derivatives are important class of bioactive molecules, their importance is due to their versatile application in the field of drugs and pharmaceuticals as well as in chemical systems. It finds use in research as a starting material for the synthesis of larger, usually bioactive structures. A new series of benzoxazol-2-ylthio-N ’ -(4-substituted) acetohydrazide derivatives (IV ak), were obtained by synthesising new Schiff’s bases derived from benzoxolyl-2- mercaptoacetohydrazide derivatives by treating with various aryl/hetero aryl aldehydes. Their chemical structures have been confirmed by 1H-NMR, 13C-NMR, FT-IR and Mass spectral data. The synthesised derivatives (IV a-k) were screened for their in vitro anti oxidant and anti fungal activities. Among the synthesized derivatives IVb, IVe, IVj showed significant anti fungal activity. The derivatives were also evaluated for their anti oxidant activity by DPPH free radical scavenging activity. All the synthesized compounds have shown free radical scavenging activity.