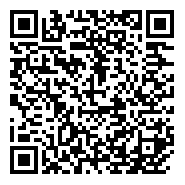 In the recent years, focus on the development of oral controlled release drug delivery systems has increased. Oral ingestion has been the most convenient and commonly employed route of drug delivery. Indeed, for sustained-release systems, the oral route of administration has by far received the most attention with respect to research on physiological and drug constraints. Sustained release dosage forms are designed to release a drug at a predetermined rate by maintaining a constant drug level for a specific period of time with minimum side effects. Sustained release of drugs in gastrointestinal tract following oral administration is not affected by the absorption process. Here this article concentrates on preparations, factors influencing, design, formulation, and the evaluation of oral sustained release preparations. The principal goal of sustained release dosage forms is the improvement of drug therapy assessed by the relationship between advantages and disadvantages of the use of sustained release systems